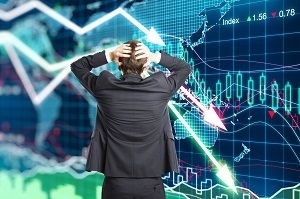 What to do when investors are fearful

This may sound logical and acceptable. Evidence however, is clear that more people consistently follow the crowd then Mr. Buffet’s advice. The nature of fear makes this concept very difficult to execute. Recall the depths of the great recession at the end of 2008 and beginning of 2009. Our financial system seemed to be teetering on the brink of collapse, hundreds of thousands of our fellow Americans were being laid off every single month with no end in sight. To make matters worse, global financial markets had been more than chopped in half and continued to fall. I remember thinking THIS was supposed to be the investment opportunity of a lifetime?!? Yeah right! But it was. And now it’s gone.

Fast forward to the beginning of this year. Pessimistic pundits were shouting from the rooftops that the end is near as the market had the steepest drop in the history of the S&P 500. Right after a very tough 2015 with its own steep correction. Yet we still didn’t enter a bear market (loss of 20% or more). And if you had invested February 11th of this year, you could be sitting on massive returns for the year. As of 8/15/16, the S&P 500 is up almost 20% since then. Fear was in the air, it was almost impossible to be greedy.

Often times, a very good first step is to take our own emotions out of the equation. “It just feels…” is not a strategy that consistently leads to success. That's part of what clients pay financial planners for! Help you be greedy when others are fearful and fearful when others are greedy. Try as you might, you can't effectively time the market. That’s why time in the market is the goal, not timing the market.

When you're fearful, you can look to consumer sentiment as a reassuring guide. If you think the sky is falling and consumer sentiment is at a low, yes, both sentiment and the markets could go lower and likely will, but having your money in the market when sentiment is low is a good way to follow Mr. Buffet's advice. Sentiment can show when others are fearful, which may be a good time to be greedy, or at least know it's not as bad a time to be invested as many may be thinking.

If you’re wondering where to look, you’re welcome to give us a call and we’ll get you pointed in the right direction.