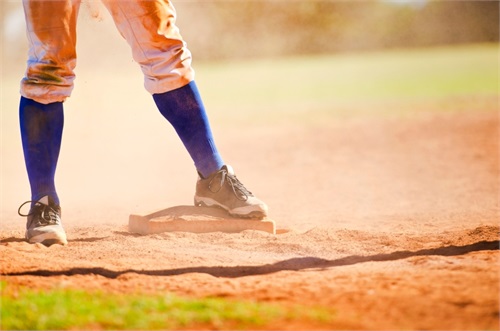 Why investing is about singles and doubles, not home runs

"Don't let the fear of striking out hold you back." - Babe Ruth

To my readers who aren't watching the Royals play in the world series, I'm sorry... Now we couldn't let the World Series go by without including baseball could we? The Babe said it best: "Don't let fear of striking out hold you back." And the same holds true in baseball as it does in investing. Don't let fear of short term loss hold you back from the potential of long term gain.

We've watched more than a few players taking the first couple pitches without making a move. How many 0-2 or 1-2 counts have we seen in the series without the bat even crossing the plate?  Being too conservative is like never taking a swing for fear of the strike out. And investing too conservatively is similar to holding back, hoping the pitcher will send 4 balls your way before 3 strikes. That's a quick way back to the bench.

Alternatively, swinging madly at any wild pitch will yield similar failure. Sure we may hit the bleachers every now and again - Infante's game 2 homer was very exciting. But chances are we'll end up waking back to the dugout more often than not, as we saw last night against Bumgarner.

Success can be found somewhere in the middle - that's what got our Royals to the world series in the first place. It's about singles and doubles. Taking the swing and getting on base as we've seen Hosmer do so many times in the playoffs.  That coupled with an outstanding defense, our Royals are in the World Series, not because they are knocking it out of the park, or overly safe. They are a balanced team playing the optimal man in the best position for their set of skills to achieve a more predictable outcome.

That's the goal for our clients. To have the right team, investments, insurance, debt, taxes, you name it - working together for a healthier, more predictable financial outcome. When we're up against something really hairy - like Bumgarner on the mound with his nasty cutter - proper planning helps us continue forward.  There's always the next inning, the next game and the next season.  Swinging and missing isn't the problem, it's not swinging we need to be concerned about.