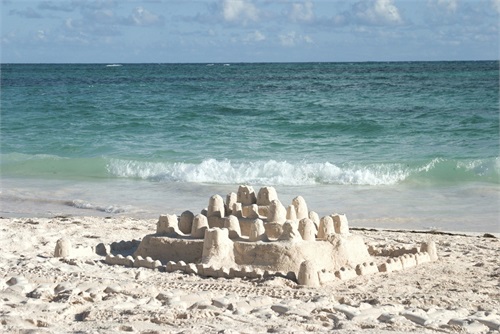 Change is constant, are you?

The financial world changes with the tides. Those who try to stand against change are about as successful as a sand castle against the ocean. It may stand tall through a couple waves, eventually it will be overtaken.

It's pretty hard to ignore that the economy is vastly different now than it was when our parents and grand parents began working. The USA was isolationist. Everything we cared about was within our borders and could care less about the rest of the world. Not too long ago we were an emerging market in the global arena. Now the USA is a behemoth economy, slow and steady growth is the norm and older Americans still remember the days when GDP reflected massive growth.

This isn't your daddies economy. It's not his stock market. It's not his labor market. The strategies that worked decades ago just don't make sense today and following them isn't settling for the tried and true, it's settling for what worked in a vastly different economy. And it's not daddy who does all the investing anymore. Everyone gets to invest. Women are increasingly savvy investors and with the prevalence of divorce, many are taking the reigns of their investments and know as much if not more than their male counterparts decades ago.

Demographics aside, the world has always been changing and will always be changing. The investments we own should reflect that and our portfolios should evolve over time. Investing used to be for the wealthy and now access to professional investments is for most anyone who wants them.

How do you know you're keeping up?

The investment climate will change. This is why a portion of our portfolios are actively managed - to keep up with that change and find opportunity when things get a little out of hand rather than simply riding the wave. If you would like to talk about how we keep up with the global flux, we're happy to have a conversation and hold private events dedicated to such discussions.